This week, Baseline celebrates National Administrative Week, recognizing the professionals who keep our offices running smoothly every day. Celebrate these professionals on the last full week in April of each year. While Baseline doesn’t have secretaries, this week recognizes the work of our admin team, which includes a variety of talents: office managers, HR, marketing, business development, accounting, and leadership.

What do Joan Rivers, JK Rowling, and Alexander Hamilton have in common? They were all secretaries at some point in their careers! 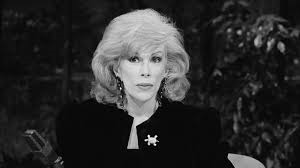 Joan Rivers: Joan Rivers had several jobs before successfully making it as a comedian including working as a secretary for Arthur Irvin, a successful talent agent and club booker, who discouraged her from pursuing comedy. She would perform her monologue when she answered Arthur’s phone.

Bette Nesmith Graham: Bette began her career as an executive secretary for a Texas bank and went on to work on an IBM electric typewriter in the 1950s. The design made it difficult to neatly erase typos so she thought of a solution. She tried brushing white water-based paint on the paper to cover her mistake and it worked. She later sold her company, Liquid Paper, for $50M to Gillette.

J.K. Rowling: Before she wrote the Harry Potter series, JK Rowling worked as a secretary for Amnesty International.

Alexander Hamilton: In 1777, Alexander Hamilton caught the eye of George Washington who made him aide-de-camp for five years. At this position, Hamilton wrote much of Washington’s correspondence. After leading the charge at Yorktown, he was tapped to be the first US treasury secretary.

National Administrative Professionals Week, celebrated annually during the last week of April, to acknowledge the services performed by this group. This year’s event takes place April 20-24, 2020. In honor of National Administrative Professionals Week and the important role our admins have played in our firm’s success, we recently sat down with members of our admin staff to learn more about their profession/role at Baseline.

Baseline’s admin team were asked to reflect upon their professional experiences, and answer questions in our “Survey the Admins.” Check out what our admins had to say each day this week for their survey responses. Today, we feature Mary Lovett, our Colorado Springs office manager!