Engineering Story of the Day

“About three years into my engineering career, I found myself lying face-down on a skateboard 15 or so feet underground in a newly installed 42” sanitary sewer trunk. I had a smart level in one hand and used the other hand to pull myself along a rope that two engineers were holding at the upstream and downstream manholes. I think a lot of people may have questioned their career decisions at this point but this was one of the more enjoyable and definitely more memorable days in my career. I also say this not having a claustrophobic bone in my body, although while under the two road crossings, feeling the vibrations of the traffic above me was somewhat unnerving.

This sewer main was part of a larger 13-mile pipeline that we designed, which runs from Roxborough to the Littleton/Englewood Wastewater Treatment Plant. Due to the hundreds of crossing of everything from service utilities to 96” Denver Water transmission mains, the design was like threading a 42” needle and resulted in an extremely critical slope at the downstream end. The flattest section of the pipeline was the last 3,000 or so feet with a slope as low as 0.009% or 0.00009 ft/ft. The as-built invert data from the contractor along this section, in addition to our visual “lamp test,” was questionable so we took it upon ourselves to develop a plan with an associated safety plan to confirm the as-constructed slopes.

The plan was to go from manhole to manhole until the entire 3,000-ft stretch had been measured with the goal of completing in one day. The team included four engineers – one in the pipe (lucky me), one at each manhole, and a top person. The three of us underground, each had our own gas monitors, as well as radios. Most people, if given the choice, would chose to be the top person. If you had, you would have hung out in about a 15 degree cold front for the entire day. The two in the manhole, enjoyed a warmer 40-50 degrees while in the pipe it was a balmy 60 or so degrees. The downside of being in the pipe was battling with the 100+ frogs that also realized it was much warmer in the pipe.

When the day was over, we were able to determine that there were significant sections of the pipe that were flat or reverse slope. As we needed to ensure this pipe scoured (flow > 2fps) at least once a day, this was unacceptable and would have led to solids buildup and reduced capacity in the pipe. Unfortunately for the contractor, these sections had to be dug back up and installed correctly. Without this detailed as-built information, this likely would have resulted in a dispute with the contractor. Instead, the contractor understood the issue and after about three weeks, the pipe flowing in the right direction.” — Chris Manning, PE, Water/Wastewater Division Manager 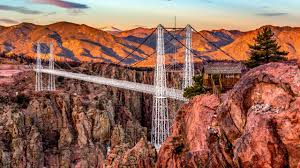 Wastewater treatment plants are the unsung heroes of our modern day world. All of our used water flushed and otherwise flows through the sewer system to these plants to get purified enough to be safely returned to nature. They filter out all of the filth so that we can enjoy indoor plumbing and our fresh water activities without ever having to worry about the two intersecting. Before the populations of our cities and towns began to boom, the waterways were sufficient enough to naturally filter out the sewage and waste. The amount of water diluted it and the natural bacteria and other organisms found in the streams consumed the waste and turned it into other products such as CO2. Now the volume of wastewater is too much for nature to handle alone and requires the assistance of wastewater treatment plants (WWTP).

These plants speed up the natural process of purifying water into two stages – primary and secondary. In the primary phase, the waste flows through a large screen to filter out anything that could damage the equipment such as rags, sticks, and some other more interesting finds. According to one plant worker, they regularly find rings, coins (sometimes totaling $75), and happy meal toys. Among the more impressive things that have turned up in the screen are a driver’s license, which an employee cleaned and returned to the owner, and a live python. At one plant tens of thousands of dollars were trapped in the screen after a bank robber tried to flush away the evidence!

After the grit is removed, there are still organic and inorganic solids that need to be removed for the water to be useable again. The sedimentation tank slows down the flow of the water to allow the remaining solids to sink to the bottom and form biosolids which are later pumped out. However unattractive these biosolids might sound, they are worth more than expected. It’s possible to extract copper and other useful metals from these solids, but they are more valuable when sold as fertilizer. The primary process of treatment is unable to meet a lot of municipalities’ water quality standards, so in addition most plants use a secondary treatment to further purify the water to meet even the highest requirements. If it is being released into a freshwater stream, the water must be clean enough to immediately enter a drinking water plant.

One of the most impressive facts about WWTP plans is that they can’t shut down. Even if something is contaminating the water such as illegal dumping or clogging the screens such as an overflow of rags, the plant has to keep going, which sometimes means releasing less than ideal water. Closing the pipes would mean that streets and toilets would overflow so the plant workers have to do their best to fix the problems as they come and mitigate large-scale contaminations. Since these plants are so important to our health and environment, it makes sense that they are huge investments. However, in King County Washington, they took the treatment plant to the next level. The WWTP cost a staggering $1.8B and will serve 189,000 homes. It includes an educational center, as well as $4.4M in permanent art installations inspired by the “good bugs” that clean the water. The plant offers tours and school field trips aimed at educating the population on the importance of water and how we can help keep it clean. Wastewater treatment plants do the heavy lifting for our communities to ensure that our waste is responsibly taken care of, and Baseline is proud to aid municipalities in their water treatment needs.

What do you feel are the top two challenges you face as an engineer?

“There are obviously a lot of changes facing engineers these days and in my opinion the biggest would be Climate Changes that we all have to deal with not only the pollution sources that are adding to the problem but the changing weather patterns that can be linked to foot shortages, wildfires, and changes in rainfall intensity and frequency. The climate would top my list of the challenges engineers will face because it’s not something that only affects a portion of society – it’s something we will all have to deal with and generations will continue to deal with. Secondly, water remains one of our most pressing needs and the continued growth in Colorado will continue to make water transmission, storage, and treatment a vital issue.” — Noah Nemmers, PE, Civil Engineering Division Manager

“I think the largest challenge is trying to balance wanting to do what is best for your client, while also adhering to what is best for the project budget and Baseline. Similarly, the second biggest challenge I would say is working with inexperienced clients or municipalities that can give inconsistent direction and feedback.” — Mike Swanton, PE, Project Manager

“The top two challenges I have experienced is when establishing proposed design, be sure this is in line with what the client’s intent for the site is. Ask the client from the beginning how they intent to use a facility in order to prevent major design changes later in the process. Another could be dealing with the counties. Being the middle man between a client and the county has its own set of challenges. Trying to get the two to come to a single solution for a project is quite the process.” — Sean Callahan, EIT, Staff Engineer

“Hmmm, public awareness of engineering issues, and sometimes my own self-worth as a good engineer. I take my work very seriously and am very hard on myself.” — Kim Swearingen, PE, MBA