Engineering Stories of the Day

“I was blessed to have great mentors and great internships when I was younger. This really helped me to establish my skills and learn the engineering trade at an accelerated pace. This would set me up to be a better engineer in the future. So my advice to others would be help aspiring engineers. By giving a younger, less experience person a chance; you may actually be giving them an advantage.” — Zach Henrichs, PE, Project Engineer

“I really like pointing out to my friends and family the projects I’ve worked on when driving around town.” — Sarah Parsley, EIT, Project Engineer 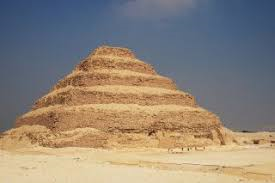 Emily Roebling: Emily stepped in to aid in the construction of the Brooklyn Bridge as a field engineer and technical leader after her husband became paralyzed. She was responsible for day-to-day supervision and project management. 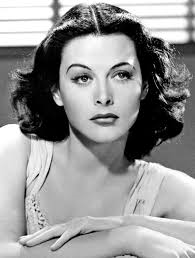 Hedy Lamarr: In the 1930s and 1940s, Hedy was a famously beautiful movie star. History has failed to remember her as the inventor of the remote control communications system for the US military in World War II. Her frequency hopping theory now serves as a basis for modern communication technology such as Wi-Fi and Bluetooth.

Lillian Gilbreth: Lillian studied industrial engineering through workplace patterns and ergonomics. In 1926, she became the first member of the American Society of Mechanical Engineers.

When World War II created a shortage of male engineers, General Electric started an on-the-job training program for women with degrees in math and physics. Curtiss-Wright Corporation, an airplane manufacturer, hired women who received technical training at seven academic institutions through its Curtiss-Wright Cadettes program. More than 750 women graduated from the program and took jobs in the company’s defense plants.

After the Soviets launched Sputnik in 1957, the US government encouraged men and women to study science and technology;however, job prospects for women in those fields were still limited.

Today, women account for about 19%of all bachelor’s degrees in engineering earned in the US in a given year, as reported by the American Society for Engineering Education. Despite these gains, there are fewer women in engineering than any other profession, including law, medicine, and accounting. Baseline is proud to have a strong female engineering presence and have four women in our infrastructure team.

Reflecting upon your experience as an engineer, what is something unique, interesting, or important you would share with someone interested in becoming an engineer?

“It’s an honor that us civil engineers deal with so much life, health, and safety issues. We are unsung, but as important as doctors to society’s health. It is also with pride that I know all of my engineering colleagues abide by the same Code of Ethics in the day-to-day lives – a fact few people know about too. This code carries from the work environment, to the community and even into their homes and family.” — John McLain, PE, CEO

“I think engineers inherently have a desire and corresponding knack to see a problem and develop a solution. Many of the college courses taken will not be directly pertinent to the field you end up in; however, what they all have in common is developing your capacity to understand how to identify and evaluate a problem and develop and assess a solution.” — Chris Manning, PE, Water/Wastewater Division Manager

“There are so many different facets of engineering so you can always keep it interesting and be learning new things.” — Sarah Foster, PE, CFM, Project Engineer

“Engineering can open a world of possibilities for your future. If you’re a problem solver you can apply your skills to other aspects of your life.” — Morgan Clapp, EIT, Project Engineer

“I would say if you are someone who is interested in how things work from technology, to streets, to buildings, to airplanes, to computers, there is probably a field of engineering for you. There is also a sense of satisfaction you receive from seeing something you designed get constructed.” — Mike Swanton, PE, Project Manager

“I would tell someone that every day the work is exciting and rewarding. It challenges me to learn new things and expand my expertise with every project. It’s so much more than just sitting behind a desk crunching numbers. Seeing a project you put onto paper in real-time is a more rewarding experience than I could have ever dreamt up.” — Sean Callahan, EIT, Staff Engineer

“I always had an interest in how things worked. I always liked to take things apart and put them back together. Try to fix things that were broken or not working as well as they should. Try to make things better than they are. I find that I continue to do this today. My first job was in a hardware store and I enjoyed understanding what people were looking for and helping them find items they needed. Sometimes it was as simple as lawn fertilizer to take care of a weed problem or as complex as a plumbing or electrical issue that required repair and particular parts. I acquired a lot of customer skills that I find are very valuable to me today. In addition to the problem-solving that eventually led people to seek me out when they came in the store, I came to realize that I enjoyed serving people and doing so made my job enjoyable and rewarding. When I first graduated, I had many job options. I could have worked for a civil firm that specialized in water storage tank design, a bridge design firm, or a land development consultant. I chose the land development consulting firm because of the wide range of consulting services that the company offered (survey, civil design, transportation, construction). I was able to see all these disciplines rather than specialize in one area. Ultimately, I continue to enjoy working in areas where I can mentor, solve engineering issues for people and communities, and be able to point to something tangible that I helped create.” — Noah Nemmers, PE, Civil Engineering Division Manager

“Working in land development civil engineering is an exciting career which gives you the opportunity to be involved in creating infrastructure used to serve and protect communities by developing sound designs in adherence to governing jurisdictions and standards.” — Sarah Parsley, EIT, Project Engineer

“So much to discuss here. If I were to pick one thing from my career I would have to say it’s about using both sides of my brain and personality. Most people equate engineers with math, and technical skills but I would counter that with the fact that we have to think creatively. We have to be problem solvers and we have to often think outside of the box.” — Kim Swearingen, PE, MBA