Engineering Story of The Day 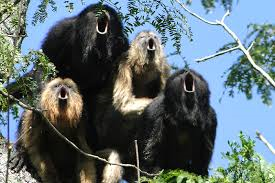 “When I was planning and engineering a 1,100-acre resort project in Costa Rica, a local employee of Baseline and I set out to find 2-3 wells on the property to use as our water source. One step in the process is sampling and testing the groundwater to know what technology to use to treat the water for consumption. The wells were hundreds of years old and hard to find. While out there using a make shift water bailer, we encountered a pack of howler monkeys in the jungle canopy above us. They weren’t happy we were invading their territory. There were probably eight or so monkeys above us making loud howling noise and throwing sticks at us. One of us bailed water and filled the sample bottles while the other played defense and blocked thrown projectiles.” — John McLain, PE, CEO 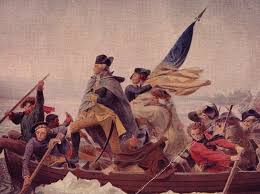 It’s no coincidence that National Engineers Week occurs around President’s Day. George Washington has oftentimes been described as America’s first engineer. In addition to being this nation’s first president, he was also a notable surveyor and gentleman farmer who also excelled as a manager, strategist, and leader!

George Washington directed this growing national toward technical advancements, invention, and education. He promoted construction of roads, canals, the Capitol, docks and ports, water works, and new efforts to extract coal and ores and develop manufacturing resources. Around the world, technology was gaining equal footing with pure science.

As the foremost American general, Washington promoted at least one engineering marvel ahead of its time. During the Revolutionary War, he sent David Bushnell’s hand-operated submarine into New York Harbor to sink a British warship. The Turtle’s lone operator attempted to attach a timed bomb to the British Eagle’s hull. The mission failed when the bomb floated away before exploding. The technology just wasn’t advanced enough for Washington’s vision, and submarines didn’t become a force in navies for the next 100 years.

On June 9, 1778, at Valley Forge, Pennsylvania, General George Washington issued a call for engineers and engineering education. This order is considered the genesis of a US Army Engineer School, which found its permanent home at Fort Belvoir, Virginia, where Washington had practiced surveying. As President (1789-97), Washington pushed for the passage of the first US Patent Act in 1789, and signed the first official US patent to Samuel Hopkins of Philadelphia, Pennsylvania for his process of making potash and pearl ashes.

In 1794, President Washington established a Corps of Artillerists and Engineers to be educated and stationed at West Point in New York, which later become the US Military Academy at West Point. From transportation to education, Washington’s engineering vision was ahead of its time. After his death in 1799, many of the technologies he supported provided an impetus to the American Industrial Revolution. New York’s Erie Canal (1817-25) was built, and canals soon crisscrossed America east of the Mississippi. By the 1830s, the nation’s population tripled, traveling west through canals, along rivers, and across new roads and bridges. The Army Corps of Engineers began many of these projects. By the middle of the century, the railroads become the favored mode of transportation. As a result, America had gone west and Washington’s vision was realized.

Happy Presidents Day and the kickoff of National Engineers Week at Baseline!

National Engineers Week, celebrated annually during week of February around Presidents Day, dedicated to ensuing a diverse and well-educated future engineering workforce by increasing understanding of and interest in engineering and technology careers, this year’s event takes place February 16-22, 2020. In honor of National Engineers Week, and the important role engineers have played in our firm’s success, we recently surveyed our infrastructure staff to learn more about the profession and their perspectives. Check out what our engineers had to say each day this week for their survey responses on why they chose this profession, what inspires them, and what advice can they offers others.

What led or inspired you to become an engineer?

“Once I realized that you can channel the forces of nature for the benefit of society, I was hooked. For example, realized I could solve potential flooding through detention ponds and channelization. And it helped I was good at math. We are true environmentalists because of how we care for water whether it is conserving it, keeping sediment out of our rivers, or treating it for safe consumption.” — John McLain, PE, CEO

“My father was a drafter for a couple of mechanical engineering companies. Initially, designing parts for conveyer systems, and then, later working for a company that had a patent for automated rail car tank cleaning systems. He would often build scaled models. I also had an uncle who was a civil engineering professor and a scout leader who was a land surveyor. All had influences that led me to my current profession.” — Noah Nemmers, PE, Civil Engineering Division Manager

“I actually kind of fell into it. I never thought of being an engineer, in fact, I was pretty intimidated by the amount of technicality involved. People tend to think of engineers as all-knowing about the physical world, but it is the application of science and math. While I have a natural curiosity for all things, I wanted to be a scientist, but what I wanted to study was not available at the school I was attending. Even after graduating, I still thought I was going to do something less technical than engineering but here I am, living the dream! In fact I’m glad I did, I enjoy what I do.” — Kim Swearingen, PE, MBA

“A good portion of my childhood included dissecting, understanding and rebuilding various elements around the house. When not doing this, I was busy drawing building floor plans and elevations, playing with Lincoln Logs, KNEX, and Legos, and building things that my mom was convinced were designed to burn down the house.” — Chris Manning, PE, Water/Wastewater Division Manager

“I have always wanted to be an engineer. Long before I knew what an engineer was, I was digging ditches in the garden, designing roads the sand box, and constructing Popsicle bridges for toy sets. The personality tests in grade school cemented that idea when it computed my ideal career was a civil engineer.” — Zach Henrichs, PE, Project Engineer

“I was always good at math and science as a kid, and I liked the idea of providing a service and creating/improving living and recreating spaces for the communities I live in.” — Sarah Foster, PE, CFM, Project Engineer

“My father was a civil and mechanical engineer who owned his own business and enjoyed the profession. After receiving my first degree in statistics, I became disillusioned with the profession and rather than manipulating numbers, I wanted to create something tangible.” — Sarah Parsley, EIT, Project Engineer

“I’ve always been a very curious person, and I needed to know why or how things worked the way they did. On top of that, my favorite game growing up was Sim City and I would constantly play with Legos and Lincoln Logs, so civil engineering was something I was pretty interested in from an early age.” — Mike Swanton, PE, Project Manager

“I wanted to make a difference in shaping and protecting the world and its resources. The majority of my time, I spend outdoors, protecting the resources available to all of us is one of my primary motivators.” — Sean Callahan, EIT, Staff Engineer

“I used to watch the Discovery Channel shows about all the big infrastructure projects in the world. Those shows really intrigued me and put me on a path to explore more about engineering.” — Morgan Clapp, EIT, Project Engineer 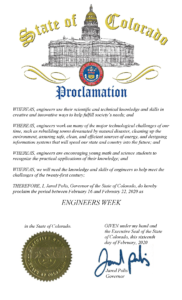