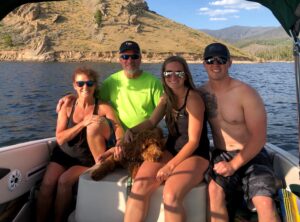 As employees look for a place to work, they often seek out information regarding the benefits firms have to offer. At Baseline, one of the most pronounced benefits that employees value is that after seven years of being employed with Baseline they are able to take a month-long sabbatical. After that, you become eligible for additional sabbaticals every four years!

During the month of June, Baseline’s own Vince Harris, was able to enjoy not his first, but his second sabbatical. Even in the midst of a Global Pandemic, Vince, a 14-year Baseline employee, was able to experience some R&R. 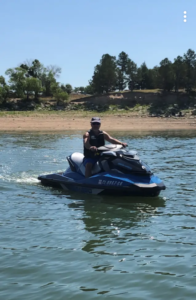 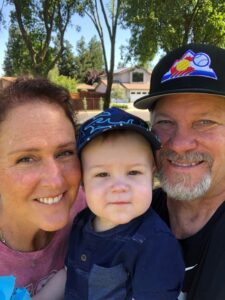 Getting out on the boat and camping in their motorhome has always been a frequent summertime activity for Vince and his family. Luckily, during his sabbatical it was something he was able to relish. Carter Lake, west of Loveland, a popular place for many patrons, was just one of the places where Vince and his family camped. In addition to visiting to Carter Lake, Vince took off to North Sterling Reservoir for the Fourth of July, where he, his wife, and son were able to form some great memories — camping, boating, and spending hours on the water was very desired and very relaxing .

Outside of the two camping trips Vince travelled to see his eldest son and daughter-in-law in California, whom in the midst of moving, needed a little help watching over Vince’s active 20-month-old grandson. Airplane travel during the pandemic was not too bad according to Vince, noting that only a quarter of the amount of people were on the plane (with masks, sanitizer bottles, and wipes). This trip was very cherished due to two other scheduled trips were cancelled in the springtime because of the COVID outbreak and flight cancellations. Vince and his wife spent a week in Livermore, CA helping out during the moving process.  Anytime spent with grandchildren is time well-spent.

In between the camping and California trips, Vince spent A LOT of time on outdoor improvements at their home in Lakewood where he and his wife have lived for the last 28 years. All in all, spending his sabbatical weeks enjoying his time with family and working on household and yard projects was worthwhile to Vince.