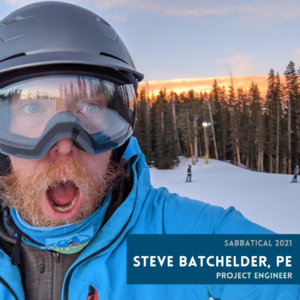 Steve Batchelder, a seasoned project engineer at Baseline for the past 12.5 years, specializes in infrastructure projects and 3D models for visualization. As a Baseline long-time employee, he recently had the opportunity to venture out on his second sabbatical trip. At Baseline, we offer a sabbatical program to all employees after their 7th year of employment, which includes 22 paid days off. Additionally, employees receive a second sabbatical just four years after their first sabbatical with the company.

Steve has seized these opportunities to take some incredible trips over the years. For his first sabbatical, he traveled to South East Asia, exploring Thailand, Laos, and Vietnam. Most recently, starting in mid-February, Steve ventured on the ultimate road-trip skiing adventure for six weeks. Initially, he had plans to go abroad to Australia and New Zealand; however, with the uncertainty and safety concerns with the pandemic, he decided to explore some of the western United States. 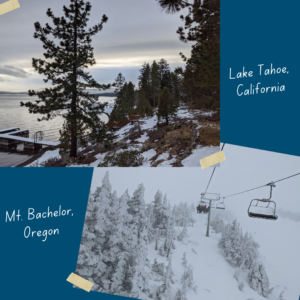 When reflecting on his trip, Steve’s favorite part was visiting all of his friends, family, and different ski resorts along the way, capitalizing on his Ikon pass. In the end, he drove a total of 4,175 miles and was on the slopes for 33 of the days. He thanks Baseline for such a rare perk and can’t wait until his next sabbatical where he hopes to go globetrotting.

Continue reading to hear about the details of Steve’s trip and where he explored.

“I took a snowboarding road trip around the western states and visited a bunch of resorts. I started out with a quick trip to Keystone and Arapahoe Basin then spent a week in Salt Lake City where I had a rough start…I lost my phone on the first day at Snowbird (got it back) and bruised my tailbone really good on day two. 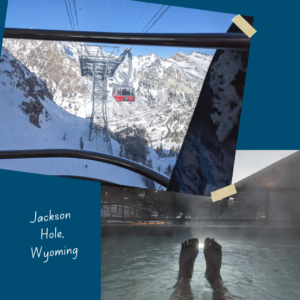 I took the next four days off and then headed to Jackson Hole where I eased into getting back on the slopes. I visited a former Baseline coworker and did some backcountry on Teton Pass. On the 5th and 6th days in Jackson, it dumped and I had what turned out to be two of my best days on the trip.

Next, I headed towards Big Sky in Montana and stopped over at Grand Targhee on the way. It was another amazing powder day. I visited with some friends in Bozeman and had my most epic day of the trip at Bridger Bowl. I then went to Sun Valley, ID which was very beautiful and scenic, unfortunately, the snow conditions were lacking. 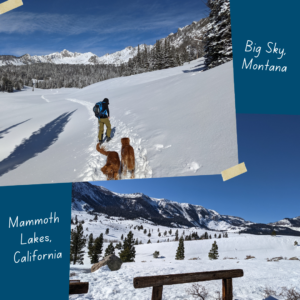 I drove to Bend, OR where I stayed with my aunt and uncle and hit Mt. Bachelor with another aunt and uncle. They gave me inspiration and hope that I will be able to keep shredding into my 70s. Afterwards, I headed to Mt. Shasta for a short visit with some friends and continued onto Lake Tahoe where I got to stay at my friend’s family house on the lake. I went to both Squaw Valley and Alpine Meadows.

Towards the end of my trip, I made my way down to Mammoth Lakes. After that, I went to Las Vegas to visit my aunt and cousin. Since my Salt Lake stay got derailed, I returned there on the way home and hit up Brighton and Solitude. From there, I returned home to Steamboat and still had a few days left and made the best of the remaining time off.”