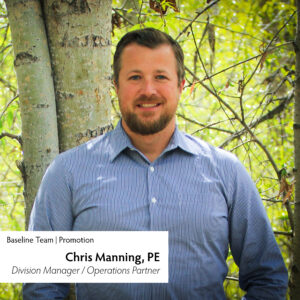 Chris Manning, PE, Baseline’s Water/Wastewater (W/WW) Division Manager for the past five years, was officially promoted in January to Division Manager and Operations Partner. Through this transition of roles, Chris hopes to continue focusing on the big picture of the company; he plans to use the experience and knowledge he has gained over the years to help develop and refine principles and practices within Baseline. Additionally, he looks forward to expanding his financial and business acumen to support the behind-the-scenes functions of the company.

When reflecting on the foundation of his professional career, Chris highlights his educational background and journey to discover the W/WW industry. He graduated from Colorado State University with a degree in mechanical engineering and an aeronautical emphasis. Initially, he dreamt of designing planes for Boeing or working for a large and well-known company. Although, as time went on, he realized that making large impacts and adding value to a smaller company was more meaningful to him than working for a large corporation where individual voices would be likely unheard. This led him to re-evaluate his goals in which he eventually stumbled across the W/WW field and has been fascinated by it ever since; he has now worked in the industry for almost 16 years. 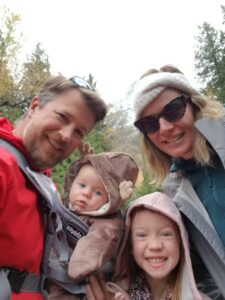 Chris and his family traveling to Yellowstone!

In 2015, Chris joined the Baseline team as a project manager with the goal of eventually branching off his own division. When looking for new opportunities in his career, he was in search of a company that had the foundation to build a new division. Considering that Baseline previously had a W/WW group and the founder of the company, John McLain, was well-versed in that field, it was the perfect fit. During his time as division manager, he built a reliable list of clients and completed a vast variety of projects. Chris appreciated that this role required daily problem solving, which has always been a key motivator of his. Furthermore, he enjoyed collaborating with clients to establish a project scope and evaluate the criteria; the initial phases of these projects allow for creativity, more problem solving, and outside-of-the-box thinking. 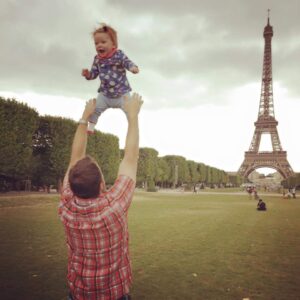 Chris and his family traveling across Europe, stop to visit the Eiffel Tower.

Additionally, one of Chris’s favorite parts about working for Baseline is the amazing work-life balance that the company values and honors. He and his wife, who met in elementary school, now have two kids together ages 6 and 6-months-old. Chris emphasizes his love for being a father, even though it keeps him preoccupied throughout all hours of the day. As a family, they cherish time together experiencing new things— from trying new foods, to traveling to new areas of the world. They are grateful for this balance and admire the flexibility that is continually offered in a wide variety of ways.

Finally, as Chris adjusts to this new role as Division Manager and Operations Partner, he looks forward to working more regularly with a diversified and larger group of the Baseline team to help cultivate ideas and processes that support the continued success of the company. It will be very exciting to see all that he will accomplish in this new role. Congratulations, Chris!