WHAT IS THE RAGNAR? 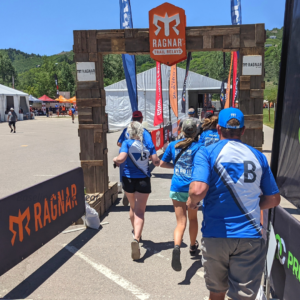 On the weekend of June 11-12th, some of our runners at Baseline, and their family and friends, participated in the 2021 Ragnar Trail race in Snowmass, Colorado at Snowmass Village. The event combines the views of the Rocky Mountains, the adventure of camping, and breathtaking trails all in one weekend.

Teams are composed of eight people who tackle the challenge of completing three different trail loops, within 24 hours, that start and finish at Ragnar Village. The three loops vary in length and difficulty, increasing in each category. Teams begin with the Green Loop, continue with the Yellow Loop, and finish with the Red Loop, being the hardest and longest at 6.7 miles long; all three loops add to a total of 15.1 miles. The race begins on Friday, and runners continue their quest into the night and complete the final trail on Saturday, under the Ragnar arch, leaving teams with unforgettable memories. 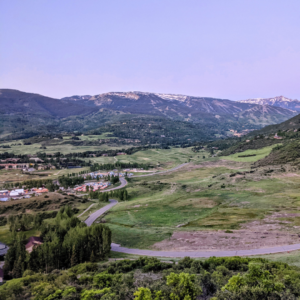 This race is a one-of-a-kind experience, being able to run among the incredible landscape views, and accomplish something that is impossible to do alone. Matt Tyburski, Baseline’s President, agrees that the Ragnar is his favorite because of the unique set-up. He adds, “I like the physical and mental challenge of the Ragnar because there is no routine in real-life like running three legs at unscheduled times over a 24-hour period. Eating, sleeping, and recovering are all on-the-fly decisions. Guessing when your teammate is going to finish their leg, so that you don’t spend more time than you have to at 2:30AM by the firepit when it is 40 degrees out, is an art.” This race has proved to be an incredible experience for the Baseline crew that our staff continues to look forward to each year.

DEBRIEF WITH THE RUNNERS 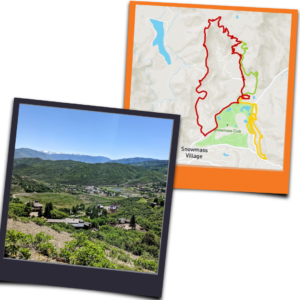 Following this year’s race, Baseline participants tell a little about their experiences and running history. See what they had to say below:

1. MATT TYBURSKI, CPA, PRESIDENT — “I started running soon after turning 40, as it was getting more and more obvious, a little more exercise was needed. I only got serious about it when I started using a running app called Strava that tracks your runs. The main thing I try to do is average four runs per week. I started entering 5K races to check myself against others as well as the free pancakes and beer. As of now, I have a bunch of 5Ks, five half marathons, a Tough Mudder, and three Ragnar’s under my belt.”

What was your favorite part of participating in the race?
“The comradery of finishing the event as part of a team is super satisfying and adds to the feeling of accomplishment.”

2. MATT JONES, PE, CFM, WATER RESOURCES ENGINEER — “I have run obstacle course races in the past, but the last one was five years ago. I set a goal for myself of completing a marathon before my next birthday and began training toward that goal this March. The Ragnar race was a good way to motivate my training and to gage my progress toward running a marathon.” 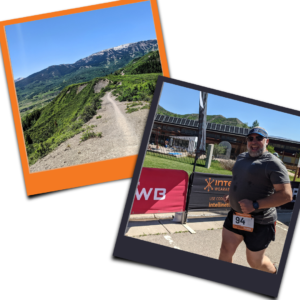 What kept you motivated?
“My teammates definitely kept me motivated. They were very encouraging.”

3. STEVE BATCHELDER, PE, PROJECT ENGINEER — “I started running about 20 years ago to get into shape and have done numerous races throughout the years, including a few triathlons and the Portland, OR marathon. I tend to do more biking events these days as they are easier on the knees. I have also gravitated towards trail running as it is more enjoyable and a little easier on the knees than road running. The Ragnar race is the perfect distance and challenge to keep me motivated and active.”

What was your favorite part of participating in the race?
“My favorite part was watching the sun rise on the green leg and knowing that my portion of the race would soon be over.” 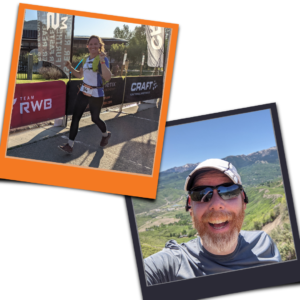 What was the most challenging part of the race?
“The toughest part was the red leg as I started it just before noon and the sun and heat were unrelenting and I don’t do well in the heat.”

4. SEAN CALLHAN, EIT, STAFF ENGINEER — “I started participating in races with my family at the Turkey Trot in Denver about three years ago. The race itself really isn’t a competition, more of a fun family event to do on Thanksgiving. But of course, this turned into a competition every year between my sister and I. My sister and I really hadn’t run for “fun” or competitively before that, but that changed. After our first Trot, my sister started training 3 – 5 days a week, preparing for the next year’s race just to beat me. I did not, instead I took the older brother approach of “there’s no way she will be able to beat me anyways.” But that next year she improved so much that it flopped and I was the one struggling to keep up with her! Thus, my training started, and has continued of sort of a sibling rivalry ever since. I really wanted to do the Ragnar this year as a challenge to myself, and my sister and I decided about a year ago we wanted to do more of an official race together. When the opportunity came up for us both to join on this race, we couldn’t refuse conquering the challenge together.”

What was your favorite part of participating in the race?
“My favorite part was coming down or even watching the final 100-yard stretch of each leg. Seeing my fellow Baseliners, sister, and other runners cheering, and the next runner lined up ready to go brought a real sense of comradery to the group. As well as an overwhelming sense of accomplishment, especially on the last leg when all you can think about is that you actually made it through the whole thing as a team and as an individual.”

What kept you motivated?
“I wear my Engineer’s Ring on a necklace around my neck most days, especially during challenging situations and when I’m a little stressed out. I wear it as a little reminder to myself that no matter the challenge I’ll get through and defeat it. School was obviously not a cake walk all the time, and the steel ring I received for my completion of engineering school is my reminder to myself that no matter the challenge, that I can overcome it just like I’ve done before. The Engineer’s Ring has its own significance, but I’ve gained my own understanding of what it means in my own personal life. Wearing the ring during my races was a little reminder that I’m going to get through it, I just need to work for it. A side motivator was setting goal times for each lap to push myself as much as I could (and to try and beat my fellow teammates times just because I’m competitive.).” 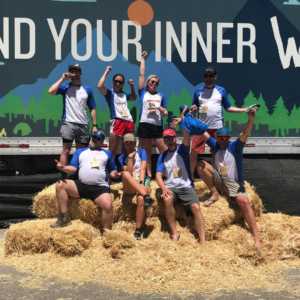 5. HANNAH SCHULTZ, STAFF ENGINEER INTERN — “I do not necessarily have a racing background but rather I trail run with my dog, Button, frequently to help with his energy levels. I competed in the Ragnar to get to know everyone at Baseline better and support my new company!”

What was your favorite part of participating in the race?
“I felt like I did really get to know the Baseline team better and I can’t wait to do it again next year!”

What was the most challenging part of the race?
“Running at night was a challenge, because all you want to do at that point is sleep! Also, learning the hard way, to not eat too much before a race, and if you have any pre-existing injuries, make sure you get all healed up!”