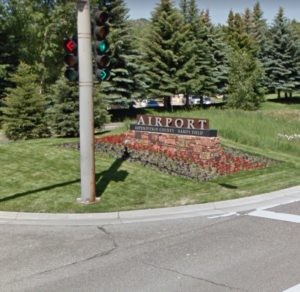 “I was waiting along the side of US Highway 82 for our field crew to show up so we could continue our survey at the Pitkin County Airport (Aspen, CO). Sitting on the tailgate of the truck, I noticed something flapping in the breeze down in the borrow ditch. I went over to investigate and was surprised to find a twenty dollar bill (“Good Day!” I thought). Since the crew had not showed up, I decided to look a bit more and continued to find money. No wallet or purse was found—just cash. By 6:00 am when the crew arrived, I had already made $245! It was a great way to start the day.” —Doug Lancaster, LSIT, Project Survey Manager 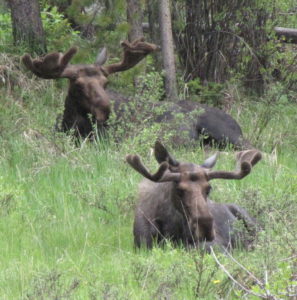 “It’s really tough to pick one particular project and call it the best. I’ve been on Cheyenne Mountain and seen the inside of the military complex. Climbed the Book Cliffs of Palisade and looked down on I-70 at cars and trucks that looked like Matchbox toys. I’ve spent time in Redcliff, Marble, Aspen, and Glenwood Springs climbing the hills locating US West easements. I was also in Grand Lake for 3-4 months in the spring working in the Rocky Mountain National Park and surveying the blown out portions of the Skyline and Grand Ditches. These are all great memories and times spent with lifetime friends.” —Dave Wilson, CAD Technician

Did You Know…? Three of the Four Presidents on Mount Rushmore Were Surveyors? 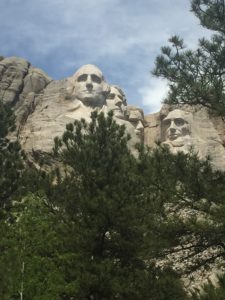 George Washington, Thomas Jefferson, and Abraham Lincoln were all surveyors early in their careers. George Washington became a surveyor at 17 when he was appointed county surveyor of Culpepper County, Virginia. He completed nearly 200 surveys over the following three years for approximately 60,000 acres! His land surveys promoted westward expansion and his last survey was actually completed five weeks before his death in 1799. In 1773, Thomas Jefferson became the appointed Albemarle County surveyor in Virginia. He also promoted surveying by sending Lewis & Clark out to explore the land gained through the Louisiana Purchase, which doubled the size of our nation. Abraham Lincoln became a surveyor after his first defeat at running for the Illinois General Assembly. After studying a couple of survey books, the self-taught surveyor went to work dividing at least five new towns into lots for purchase. It wasn’t long before he invested in real estate and bought and sold land. Soon after leaving his surveyor position, he won his first political campaign for state legislature. Although these three presidents were well established as surveyors, there is talk that Theodore Roosevelt also deserves the tribute of surveyor as he led a mapmaking trip to Brazil, discovering the River of Doubt, later renamed Rio Roosevelt. Could be that all four presidents on Mount Rushmore were surveyors after all!

3. What types of projects do you enjoy most and why?

“I enjoy boundary surveys, doing the research required to retrace what was done before.” —Doug Lancaster, LSIT, Survey Project Manager

“Boundary surveys in rural or rugged locations, and those with an interesting historical background.” —Travis Winnicki, Survey Crew Chief

“I enjoy the difficult projects. Several times in my career, I would get a project that had problems. When field surveyors get to a site and give their client a quality product, work happens, machines start moving, in essence, the project moves forward.” —Jeff Van Horn, PLS, Survey Crew Chief

“Construction staking for parks, buildings, lots, etc. They are not always the most enjoyable during the process, but sometimes seeing the final product is pretty cool.” —Danny Miller, CAD Technician II

“There is not a specific type of project that I enjoy more than any other. However I do like to see the real-time transformation of raw field data into a final project. For example: taking raw data shot with a GPS unit in the field, importing and adjusting the data in Trimble Business Center and then transferring that data into AutoCAD and literally transforming it into an image/product which the client can view and understand.” —Jayme Hobin, CAD Technician II