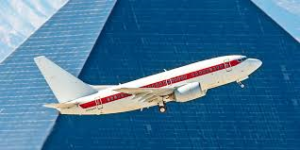 “I got to survey the URS terminal at McCarran Airport, specifically the “Janet Airlines” terminal, i.e. Area 51 employees. This project included an extensive background check, under armed guard, no cameras and no phones. As far as aliens go, that’s classified.“— Danny Tucker, Survey Crew Chief

NOTE: Janet Airlines, also known as “just another non-existent terminal or joint air network for employee transportation,” is the unofficial name given to a highly classified fleet of passenger aircraft operated for the United States Department of the Air Force as an employee shuttle to transport military and contractor employees. URS, now AECOM runs this terminal.

National Surveyors Week, celebrated annually during the third week of March, raises awareness of the profession through education, media, and public service. Hosted by the National Society of Professional Surveyors, this year’s event takes place March 15-21, 2020.

In honor of National Surveyors Week, and the important role surveyors have played in our firm’s success, we recently sat down with members of our survey staff to learn more about the profession. 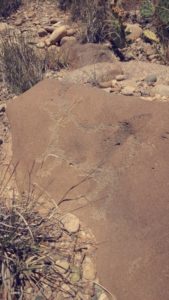 What led or inspired you to become a surveyor or part the survey team?

“Upon returning home from Afghanistan in 2010, I wasn’t exactly sure what I wanted to do as far as a line of work. All I knew was that I didn’t want to be confined to four walls for eight hours. My sister mentioned to me that she had a friend who was a land surveyor in Northern New Mexico and he had been looking for someone to help in the field. I researched the profession a little bit and it sounded along the lines of something that might work for me. I started off in the field and absolutely fell in love with it. The places I would go and things I would see absolutely helped inspired me to be where I am today.” — Danielle Bustos, Survey Crew Chief (see photo on right of Petroglyph, Velarde, New Mexico)

“There is a technical aspect to survey in the calculation and analysis. Along with that, there are many different types of surveys and sites to be surveyed. This keeps things new with each project and it has its own challenges.” — Aaron Demo, PLS, Survey Division Manager