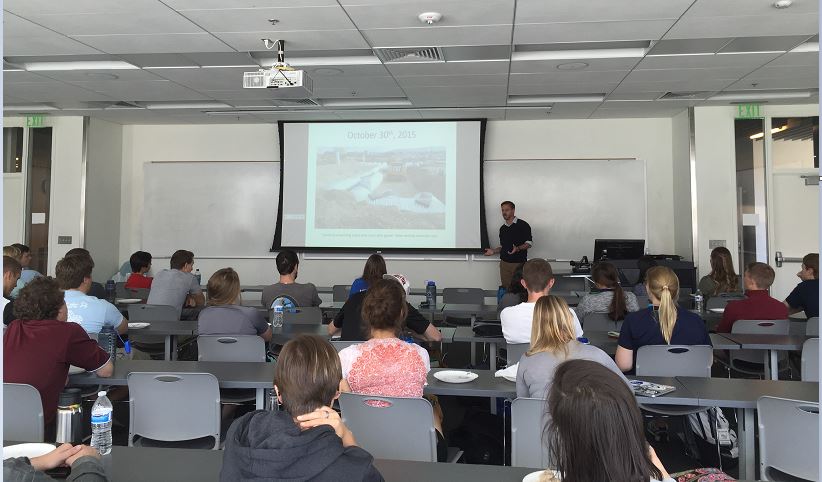 As a project manager in Baseline’s Civil Engineering division, Mike White, P.E., understands the intricacies of the projects he manages inside and out. The Colorado School of Mines (CSM) recently tapped into his knowledge. CSM invited Mike to give a presentation about water quality and underground detention. Representatives from student chapters of the American Society of Civil Engineers and the Associated General Contractors of America were his audience. Mike not only found the ideal project to address both topics, but one that’s “close to home” for students. It’s the new Empire Lakewood Nissan between Indiana Street and West Colfax Avenue, less than 10 miles from CSM’s campus.

The site was previously occupied by a large hotel and conference center. However, after demolition, the site was allowed to return to its historical condition. This situation triggered the need for full-stormwater detention under the City of Lakewood’s criteria. The challenge was to provide detention without sacrificing the client’s need to carry a large automobile inventory. The successful solution was to employ an underground detention system beneath the inventory parking lot. Mike used his project pictures to show the civil engineering students a progress report. They saw what the site looked like initially, what it looks like now and everything in between. Mike’s presentation was very relatable because the majority of the students had all passed the work site. Students said they will especially pay attention to the project’s progress because of their knowledge of the site’s difficulties and Mike’s design solution to overcome them.