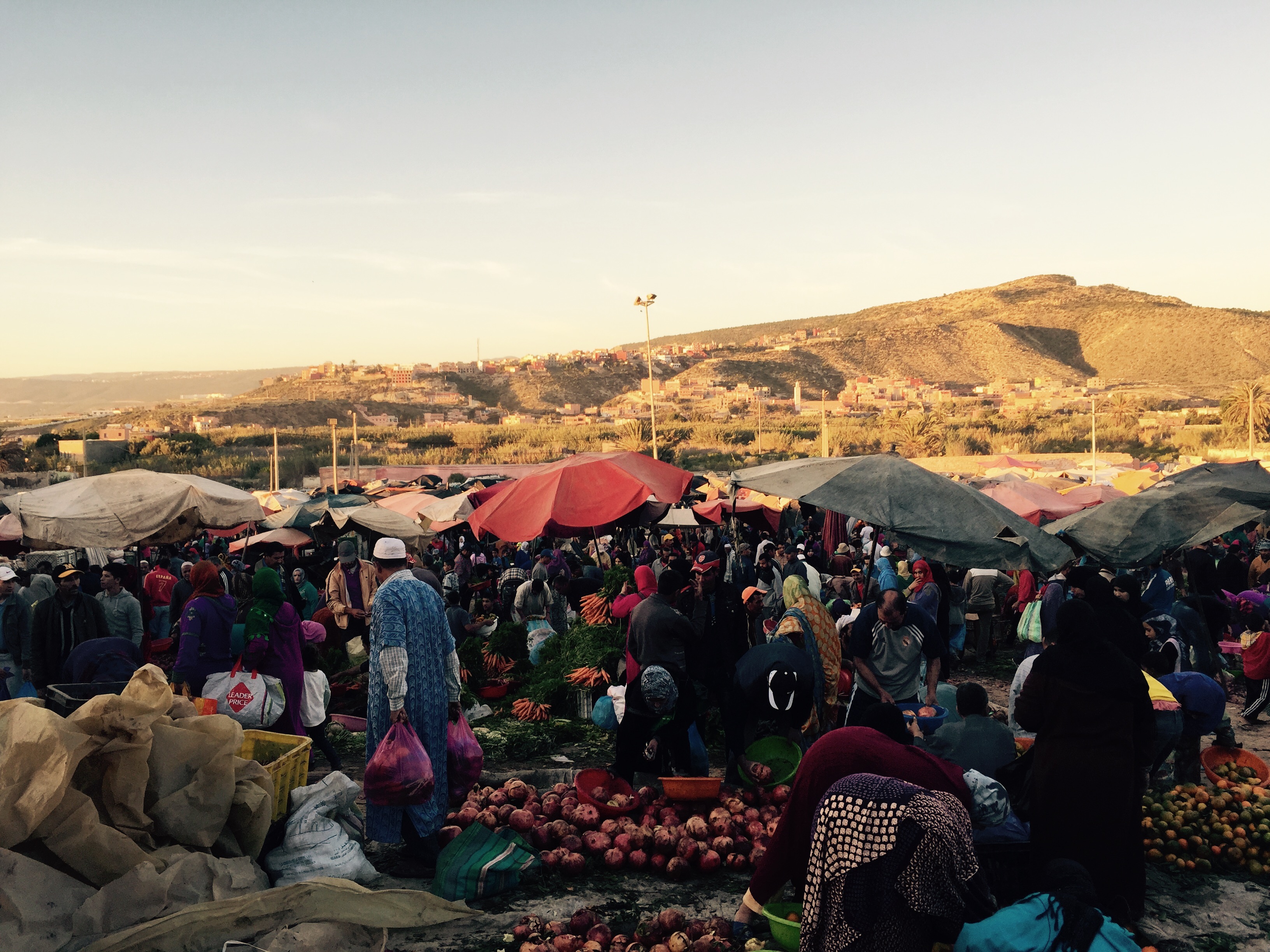 What I did on my summer vacation takes on a whole new meaning when its a Baseline employee sabbatical for our civil engineers, land surveyors, community planners and water/wastewater engineers. During the eighth year of work (after working seven full, consecutive years), full-time employees are eligible for paid sabbaticals. This benefit includes 22 consecutive business days off plus approval on a discretionary bonus up to $2,000. The bonus can be applied to flight, lodging and other approved trip expenses.

Over the summer, two of our engineers reported back from the field about their sabbaticals. Here’s the first snapshot about one of their unique getaways:

Unique Point: “I experienced the dramatic juxtaposition of my relative wealth and the extreme poverty some were living in behind the ancient walls of this former capital city [Fez].”

Field Report: Since joining Baseline Engineering in 2006, I dreamed of all the options I might have for my sabbatical. The very idea of a sabbatical was exotic and luxuriant. I couldn’t wait and consistently reminded team members ahead of me in their years of service to make sure they took advantage of this extremely rare incentive and benefit.

As my career with Baseline evolved, I was blessed with the opportunity to take vacations in Europe, multiple trips on the Grand Canyon, a magical trip on the Rouge River in Oregon, a school building project in East Africa, my first taste of Asia when I visited Turkey, and to develop a sense of adventure and appreciation of new places and experiences. The downside to these privileges was that I had a hard time deciding where to invest my sabbatical. I wanted a trip of epic proportions, but I didn’t want to recycle my previous experiences.

I decided to spend four weeks traveling through Morocco. The trip was certainly epic and challenging in unexpected ways. Why? I experienced a new culture and its social norms. They were very different in some ways from mine. I spent a week on the coast and learned to surf–hesitantly–while more experienced riders enjoyed the world-class waves. I was challenged each morning by trash piles on the beach, burning trash wafting in the breeze, and a general disregard by the locals for preserving their very special region. Casablanca, the largest city of Morocco

After three weeks roaming around, I splurged and stayed at a very nice hotel in Fez. As I walked from the hotel to the medina, I experienced the dramatic juxtaposition of my relative wealth and the extreme poverty some were living in behind the ancient walls of this former capital city. In Casablanca, I walked the streets of a relatively young city. It was more or less erected by the French, which was a dramatic contrast to the mud-walled towns and medinas I had just toured. I looked from the pigeon-stained, bell tower in a run-down church where Winston Churchill conducted World War II business. I wondered at the gleaming and larger-than-life-mosque constructed of granite that was quarried near where I learned to surf.

I hoped to cap off my experience with a trip on the Marrakesh Express. However, I found that modern train timetables and routes no longer afforded what must have been a truly unique experience. As such, I left the northern tip of Morocco for a future visit. I look forward to walking the seedy streets of Tangier that inspired William S. Burroughs and other poets of the Beat Generation.

The trip was an existential journey. I hope it will continue to impact my day-to-day priorities and prepare me to have an even more open mind on future adventures. I appreciate working with a group of people at Baseline who support growth and new experiences at work and in our industry. Here’s to the next 28-day escape in 2019!