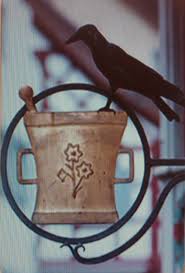 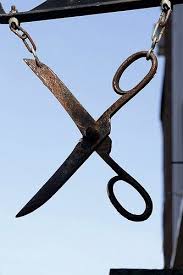 As long as people have been selling goods, there has been some form of marketing. It has always been necessary to differentiate goods and services from the competition. The earliest known advertisement comes from China during the Song Dynasty. It was an ad for needles, emphasizing that they were better quality and a lower price than their competitors’. Before this fist written advertisement, in the ancient world, people would carve their images into rocks or the sides of buildings that illustrated their wares. At this time, most of the population was illiterate, so shop operators would have had to work in pictures. Some of these symbols even survive to the modern age, such as the Rod of Asclepius for medical professionals. The other form of marketing in the ancient world was just the simple criers shouting what they were selling. We still see these today, when people advertise their restaurant outside the door or sell goods door to door. We don’t see marketing as we now know it until the mid-19th century. Up until the industrial revolution, there wasn’t much need for specific and dedicated marketing professionals because most goods were local and the advent of new technology happened very naturally and slowly. It was often cheaper for people to make their own goods, such as clothing or growing crops. The industrial revolution made goods and crops cheaper to buy and thus gave people choices. These choices had to be distinguished from each other in order to sell. As mass production became more common place, companies needed a faster and more efficient way to inform customers about products. As the marketing profession grew form the early 1900s to the 1940s, it became so important that companies began to create entire marketing departments like we see today. Marketing managers began to be included in strategic decisions and were consulted in the direction of the firm. Now marketing is an essential business function ensuring that firms are able to reach the customers they serve. This week Baseline thanks our marketing team for ensuring that we reach our clients and communities, attract new clients, and win projects.

National Administrative Professionals Week, celebrated annually during the last week of April, to acknowledge the services performed by this group. This year’s event takes place April 20-24, 2020. In honor of National Administrative Professionals Week and the important role our admins have played in our firm’s success, we recently sat down with members of our admin staff to learn more about their profession/role at Baseline. Baseline’s admin team were asked to reflect upon their professional experiences, and answer questions in our “Survey the Admins.” Check out what our admins had to say each day this week for their survey responses. Today, we feature Misti Hopson, Baseline’s marketing manager and Zoe Zakrzewski, marketing intern!

Misti – Please tell us about yourself and your background and how you came to Baseline: I won my first writing essay contest as a junior in high school, received $100 cash award, and was hooked! I majored in journalism in college and worked as an intern for a cable television station and as a newspaper reporter for the university newspaper that was produced three days a week and had a regular beat with campus police. After graduating, I started my career as a technical writer for a large storage device hardware company, writing hardware/software manuals for large storage devices that the IRS used to store your tax returns. I worked as a consultant tech writer for several years and then began writing proposals. I was a proposal manager for a company that created the ICE program for the government and provides intensive supervision programs and offender monitoring equipment, including ankle monitoring devices. Their R&D department loved to use the marketing team as their test subjects for new products and I was one of the first to wear a GPS ankle monitoring device and had to keep a journal of my locations to provide them with data to match with what the GPS said my movements were. This device was later used on the most famous offender that they had to monitor, Martha Stewart! I was a proposal manager for company that provides child support enforcement programs for government agencies. I’ve led successful marketing/proposal teams for various AEC companies such as MWH, MWH Constructors, URS, and Balfour Beatty that took me all over the world like United Arab Emirates, Panama, France, Switzerland, as well as all over the US, for engineering, construction, water/wastewater, transportation, and rail projects and now Baseline Engineering Corporation!

What do you find to be the most challenging aspect of your position? Establishing the proposal process can be challenging, knowing the pursuit will be more successful if we can capture the true and sometimes unwritten intent behind the RFP.

What advice you give someone who would like to do what you do? Have thick skin and don’t take personal offense when your work is criticized. When it comes to marketing, everyone has an opinion. It’s one of the few professions where people provide you with lots of input and lots of criticism. Keep an open mind, listen, consider options, and go with what you feel is right, as you’re the expert and everyone involved wants to produce something amazing. 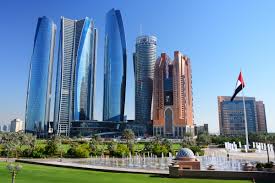 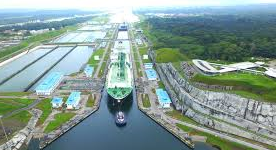 Please share a funny or interesting story about your role (doesn’t have to be at Baseline). I was working for a large water engineering firm and had an opportunity to lead a proposal campaign for a $1B wastewater program in Abu Dhabi. My team (myself, a full-time marketer who quit during the pursuit, a part-time consultant, and a graphic designer who was also the creative director) worked tirelessly with a program VP for a month who had vetted the client for 18 months. We hit a few snafus in the proposal as the main graphic designer missed her flight in from Portland, so we had three other graphic designers pitch in to get the proposal completed; however, for a Sunday delivery to Abu Dhabi, you had to get your package to an express carrier for “overnight” delivery by Wednesday before. Needless to say, I had to call it by 8:30 Wednesday night that we couldn’t get it to the airport on time. The next day, I had four alternative deliveries planned. One set of 11 proposal copies was sent to the pursuit sponsor in Frankfurt, Germany, where he would hand carry it to the UAE, another set was sent to the Abu Dhabi office manager’s home, the third set went directly to the client, and the four set went with me in my carry-on bag for an impromptu trip to Abu Dhabi that Thursday afternoon when I was supposed to be going to Breckenridge for a team building activity. I had to throw out clothes from my luggage to accommodate the proposal copies and called my family on my way to the airport to let them know where I was headed. Ultimately, 17 air hours later, my hand carried proposal was the only set that made it to the client on time. I was in Abu Dhabi for 24 hours and had to return the following night to complete another proposal due in Sacramento, California.
Our proposal was ranked first, the incumbent’s was second, and another competitor was third as we moved to the interview phase. I sequestered our team in a room for two weeks to prepare for the interview. The team of six came from all around the world to prepare. We had a new president named for the program division at the beginning of the pursuit. I had asked him if we wanted to participate in the proposal process and he declined. The former president went to the incumbent’s team. After prepping for two weeks, the team flew to Abu Dhabi for the interview along with the newly appointed president, who was to introduce the team to the interview panel. Unfortunately, the new president met the past president at the hotel and much posturing occurred. At the interview, the new president hijacked the interview from the team, consequently losing the $1B project that was awarded to the last placed team. At the debrief, the client told us that our proposal was impressive and presented the best solution and was most beautiful proposal they had ever seen. During the interview, the president, whom was not in the proposal, took over the discussion from the project manager, making the panel feel that our PM didn’t know anything about the project and losing their confidence. The president was also at the debrief and heard first-hand from the client why we lost. He apologized to the team and was ready to move on to the next pursuit. It was so defeating to have a $1B program in your hands and have it slip away so easily. That year, I worked on three proposals valued over $1B each, and ultimately, won the $5.5B Panama Canal Third Set of Locks project as the designer for a design-build team of 10 companies AND the only US firm to compete for the project! Of course, that pursuit also had its trials and tribulations — but that’s another story… 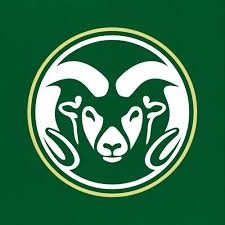 Zoe – Please tell us about yourself and your background and how you came to Baseline: I am a senior at Colorado State University and was planning on graduating in May of 2020 – I’m still graduating thankfully, just not walking. I have been studying marketing and management and I came to Baseline based off of an interview I actually did a year before I got hired! The first time around there was a better fit for the marketing intern position, and I ended up getting a job doing project descriptions for a different engineering company. The spring of my sophomore year I was contacted to come interview again and it was a really good fit. I happily accepted and have been working here throughout my senior year. It has been one of my favorite jobs save the summer that I got to lifeguard at a lake with a really nice swim beach!

What is the most rewarding aspect of your position? The most rewarding part of my job is when we win proposals – especially when we had multiple going at a time. I like pulling proposals together and matching the RFP to give us the best possible chance of winning so when we do its really fun because a lot of work goes into them.

What do you find to be the most challenging aspect of your position? The most challenging part of my job is also the proposals. Each one is different and the clients all have different expectations and evaluations so making sure that we match and hit everything can definitely be a challenge. 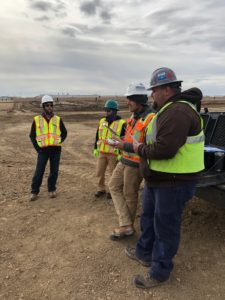 Please share a funny or interesting story about your role (doesn’t have to be at Baseline). When we first started to market the drone, I got to go out and take pictures of the surveyors learning how to fly it. Little did I know that the training field was a dirt field not accessible by paved road and I had taken my personal car. By the time I got my Accord to the site, they were just about to break for lunch which was bad timing but I got to learn more about my coworkers. After lunch, we tried again but in the theme of that day I did not take into account the weather, which was right around 40 degrees. Too cold for my sweater and jeans. The surveyors graciously fitted me out in some of their gear which had to have been a hilarious sight – I had everything minus the helmet. I had also chosen to wear shoes with a little heel that also did not fare well in the mixed terrain. Needless to say, I will never live down my shoe choices in the Loveland office.